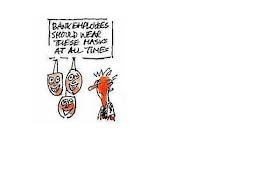 With practice, your standing face can communicate warmth and openness, and your demeanor can give others clear indications of how you feel. These skills can be mastered with practice, practice, practice. And I encourage you to do just that.
Cary Terra, M.A., LMFT 3 comments:
Share
‹
›
Home
View web version